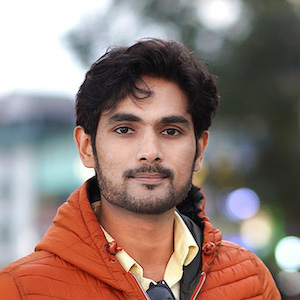 It has been more than 7 years since I graduated from IIT Delhi with a bachelors of technology in Computer Science and Engineering. And I would like to share my experiences on how often it has come up since then in my day-to-day life, and if it influenced the number of opportunities that came my way or not.

Growing up, I had never heard of IIT. It wasn't until after taking the high school board exams that I was made aware of it by my teachers. My Dad promptly sent me to coaching and poured his life savings into my fees to help my chances of cracking the much-feared IIT-JEE entrance exam.

Looking back, I recall that there was a palpable sense of awe and terror towards the exam among my classmates at coaching. The teachers only made it worse in the hopes that it would motivate the students to study harder. I remember one day, when my Physics teacher saw that I hadn't done my homework, he made me stand up and lectured me for a full 10 minutes in front of the entire class - "Gol-gappe ka thela laga lo. Mummy-papa ke paise waste mat karo. Ye IIT tumhare bas ki baat nahi hai" ("Don't waste your parents' money, getting into IITs is only a pipedream for you"), he said.

Somehow I did manage to get into IIT. The sense of pride and accomplishment was real. But it didn't last long. IITs had been described to me as these world-class institutes, where only the best of the best students came to study. However, after interacting with a few of my wing-mates and seeing the condition of my hostel room, I started to develop serious doubts on the veracity of those claims.

The 4 years at IIT were eventful, to say the least. Most of our professors were good and we had some nice facilities as well. But, in my opinion, the single-biggest advantage of going to IIT for me were the students - my friends and classmates. From geniuses to eccentric characters, we had everyone in the mix and that made the learning experience so much more enjoyable.

I'm inclined to say that I was pretty humble and had no special thought of the prestige that my college's name carried. So, I was taken by surprise when during my internship at the Advanced Digital Sciences Center in Singapore, I met with researchers from around the world who had heard of IITs and knew how hard it was to get into one of them. I was appreciated for being smart since I was from IIT Delhi, which felt undeserved to me. All the recognition for the IIT brand was the result of years of hard work and accomplishments of my seniors. I had done nothing worthy until that point except passing the entrance exam. I went on to have several more such experiences at my workplaces later on as well - at Nutanix and Google.

I don't mean to brag, my apologies if the tone came out that way. The point I am trying to make is - the IIT brand is very real and recognizable all over the world (in industry and in academia). I'm not going to deny that. The Halo Effect works in your favour and may even open a few doors, which otherwise might have remained closed.

On the other hand, the IITian reputation might deal you with some unexpected side-effects too. I wasn't aware until much later that because of the nerdy stereotypical image, girls don't prefer dating guys from IITs. I would like to think that I have taken a few steps to amend that image of mine.

When people tell me that they can't do something because they didn't go to IIT, most of the times it's an excuse. I have had team-mates at work who were self-taught and had no formal education, much less a degree from IIT, and they are doing extremely well in life. You only need to look at the background of the founders of top Indian startups like Paytm and Oyo to appreciate this fact.

I recognize and appreciate the advantages that IIT gave me and I'm grateful for all of it. But at the same time, it's obvious that the IIT-tag is no magic bullet. Today, e-learning is increasingly making the need for a formal education less and less important. Names of premier and prestigious institutes look good on the resume for sure. But not having that tag will not hold you back in life if you are determined enough.

Thanks for reading. I would love to hear your thoughts about this article. Connect with me on Twitter.